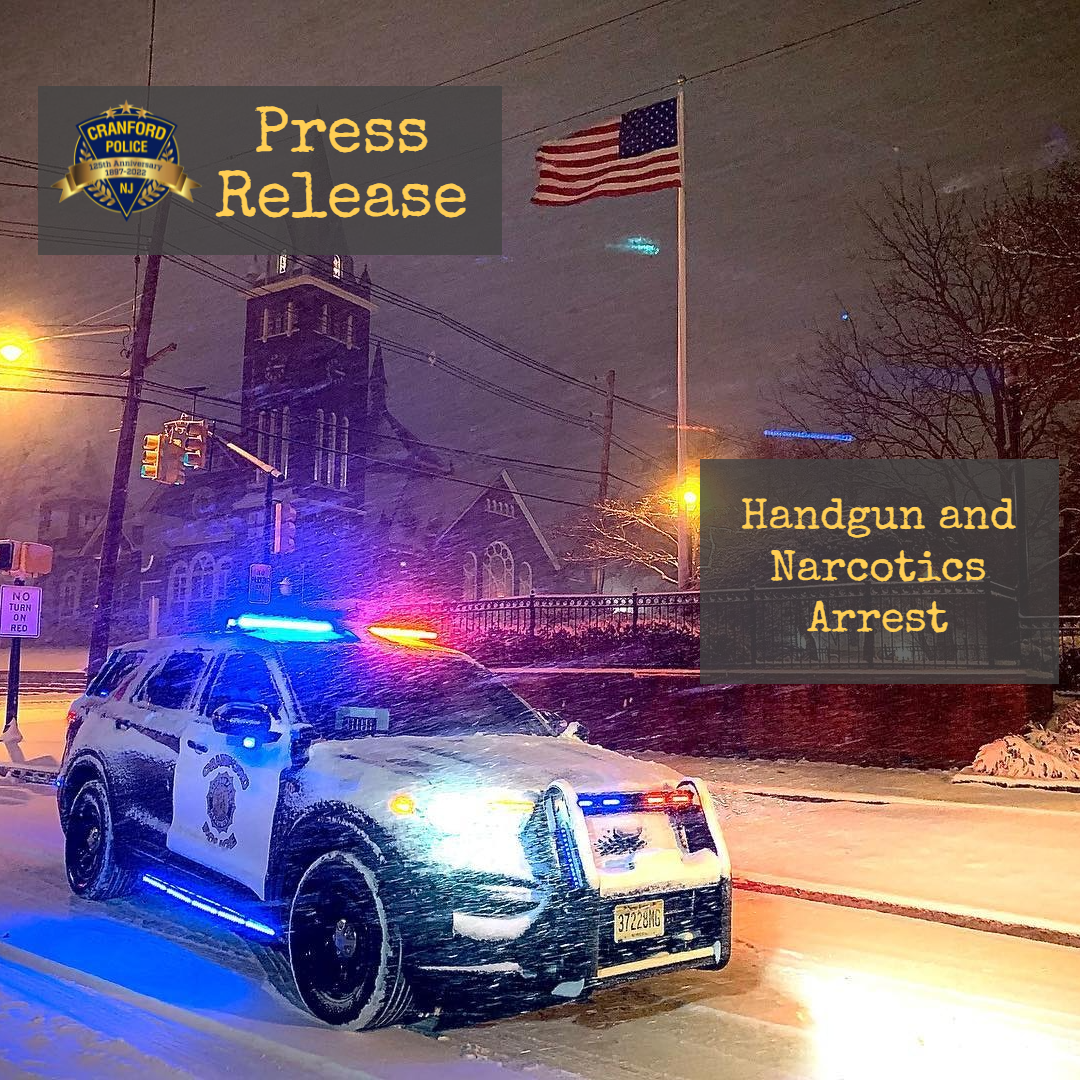 On Wednesday, February 16, 2022 the Cranford Police Department arrested a Middlesex County man for narcotics and weapon-related offenses during the course of a motor vehicle stop on Centennial Avenue.

At approximately 0114 hours, Officers Ryan McSharry and Jason Ingram were in the area of Centennial Avenue and Cayuga Road when they observed a Black 2008 Nissan Maxima with dark window tint failing to maintain its lane.  A motor vehicle stop of the Nissan was conducted on Centennial Avenue near Raritan Road.  At the time of the initial motor vehicle stop, the driver provided false identifying information to Officers McSharry and Ingram, but through their investigation, was eventually identified as Kevin Artis, 27, of Edison NJ.  Officers McSharry and Ingram learned that Artis had an outstanding warrant for his arrest out of Woodbridge NJ.  A further investigation and search of the Nissan Maxima yielded the discovery of crack-cocaine and a loaded .40 Caliber firearm.  It was later determined that the firearm was previously reported stolen out of Jacksonville, Florida.

Artis was subsequently charged with 2nd Degree Unlawful Possession of a Weapon, 3rd Degree Certain Person Not to Have Weapons, 3rd Degree Receiving Stolen Property, 3rd Degree Possession of CDS Crack-Cocaine, Possession of CDS Paraphernalia, and Hindering Apprehension.  In addition, Artis was issued motor vehicle summonses for being an unlicensed driver, having a suspended license, failing to signal, failing to maintain lane, having CDS in a motor vehicle, and having improper window tint.  Artis was processed and transferred to the custody of the Union County Jail pending a detention hearing.