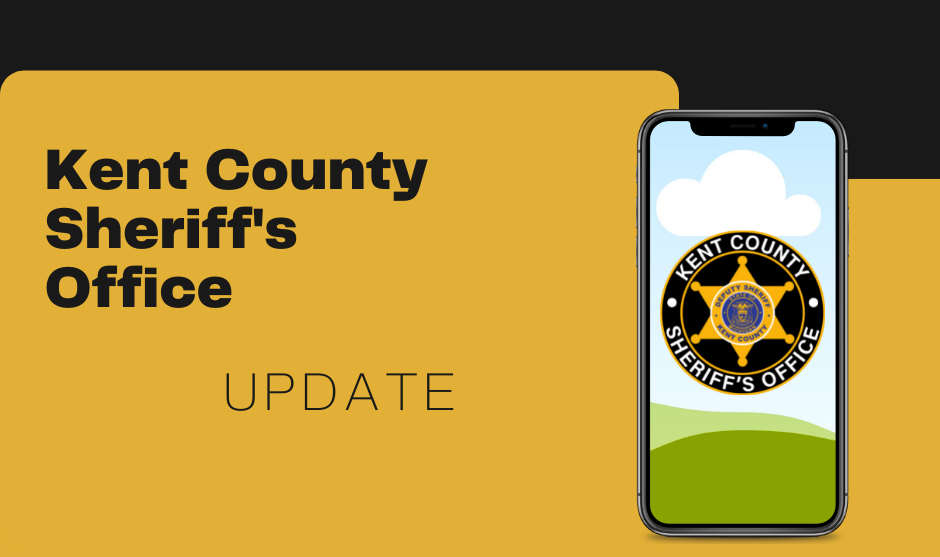 KCSO detectives along with assistance of the Michigan State Police and Livonia Police Department detained five individuals after a traffic stop in Livonia, Michigan around 4:00pm today (5/20/2022).  It is believed that two of the individuals detained were involved with the shooting incident at East Kentwood.  There is possibly a third individual as well, but we are awaiting further investigation by detectives on scene.  Multiple firearms were recovered in the vehicle and detectives are currently questioning the individuals. The two confirmed subjects are 18-year-old males from the City of Grand Rapids.

KCSO detectives have been working the case non-stop and are combing through footage provided by the school and are developing leads.  The KCSO believes that there are still outstanding suspects and continues to encourage the community to send in any information they may have.

We at the KCSO understand this information is limited but felt it necessary to update the community to know that significant progress is being made.  The safety of our Kent County community is paramount, and we are working with area law enforcement partners to ensure a swift resolution.

Yesterday evening at 6:00PM East Kentwood Crossroads Alternative High School was holding a graduation with around 400 people.  The event started at 6:00pm and ended around 6:50pm.  At 7:20pm Kent County Deputies who were working with security staff at the event reported hearing shots being fired outside of the stadium. They responded on foot to the location of the shots and were able to see a white sedan fleeing.  Several witnesses called 911 reporting the same.  Two victims that were shot left and went to the hospital on their own and did not report their injuries on scene.

It appears the group of suspects pulled up in a white Hyundai sedan and started shooting out of the vehicle.  As the vehicle sped away another group in attendance at the graduation started shooting back at the fleeing car.  It appears that the groups of suspects may be known to each other.  The group in attendance that fired on the Hyundai fled the scene in a white Mercedes sedan.  KCSO detectives are developing suspects from the video and we believe that there were as many as five different shooters in this incident.

The white Mercedes was located in the City of Grand Rapids during the overnight hours and KCSO has possession of the vehicle.  The white Hyundai was located abandoned and still running near a business in the 6100 block of Kalamazoo Ave.  This Hyundai was a stolen vehicle out of the City of Kentwood.  Bullet holes were found in the vehicle and it is now being processed by the KCSO.  It is believed that the white Hyundai was involved in other stolen vehicle thefts within the area.

The 16-year-old male that was shot in the wrist has been released from the hospital.  The 40-year-old female remains in critical, but stable condition.

This is a brazen act as many community members could have been easily caught up in the senseless violence. Police were already on scene for the event & additional resources were on scene within 1 minute.  This appears to be a targeted shooting and no additional threats towards students or staff have been found.  We continue to ask the community to help identify anyone they know was involved to help bring closure.  Any photo or video evidence can be uploaded via our KCSO link published online via KCSO Twitter. 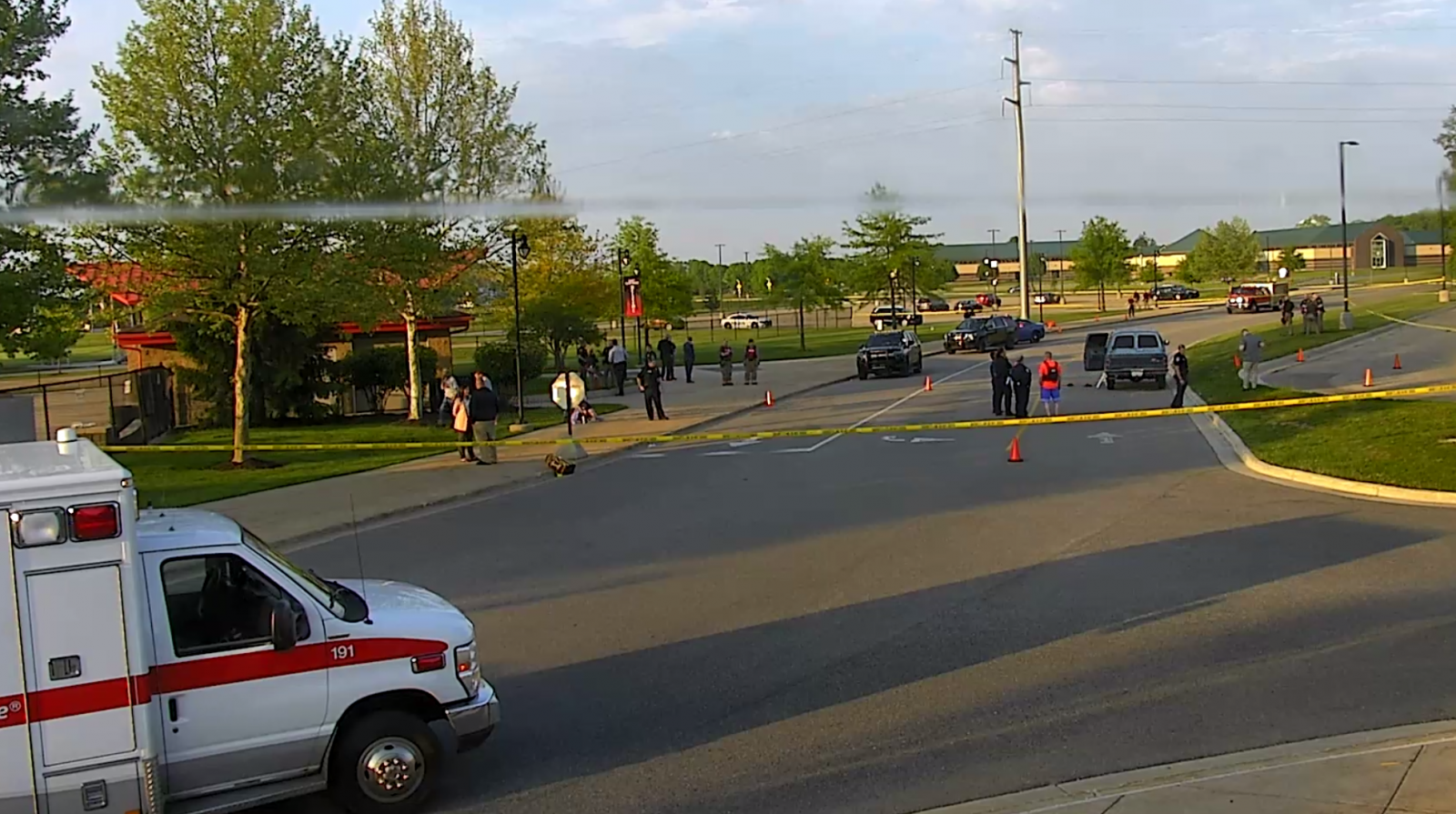 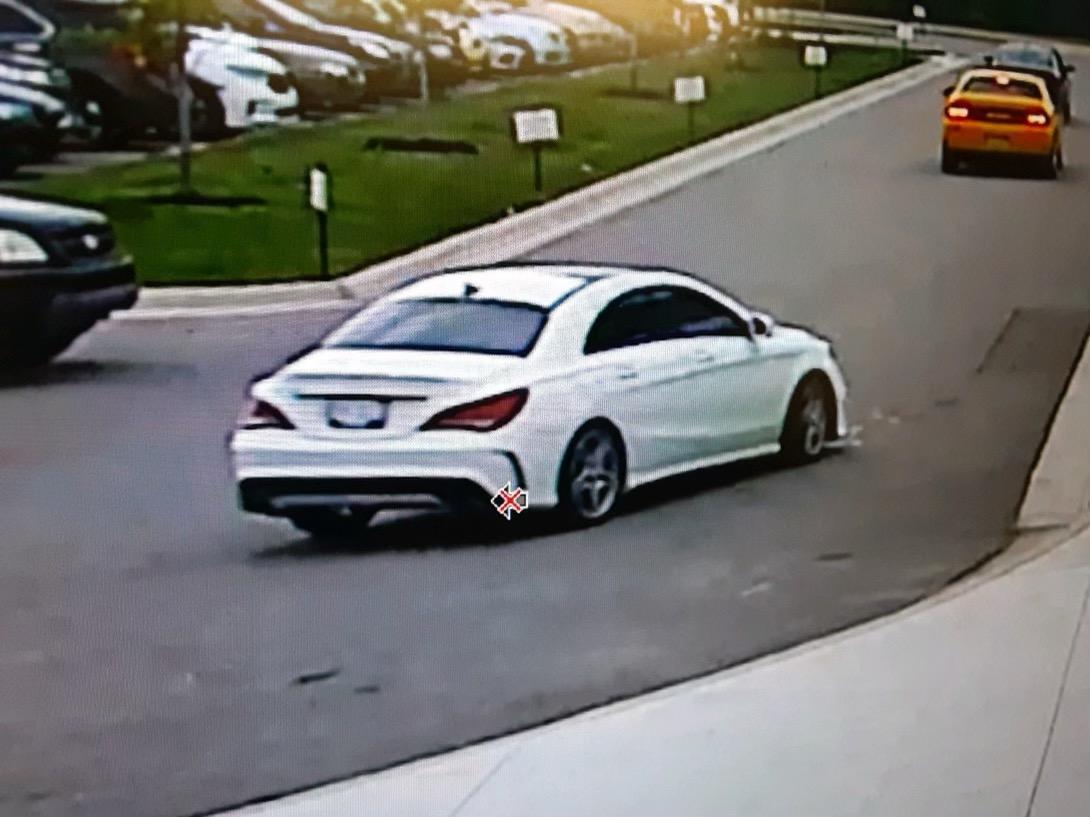 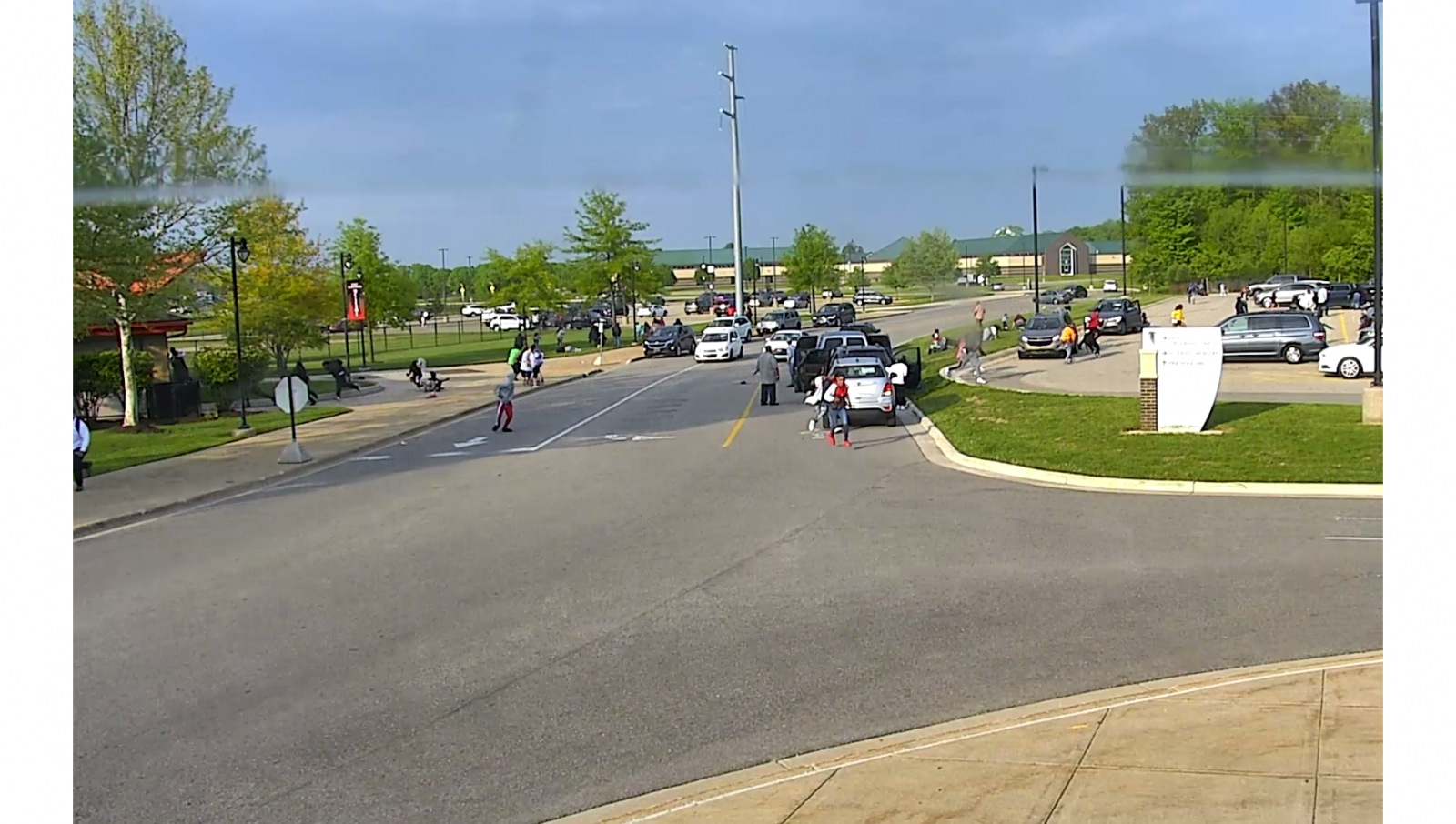 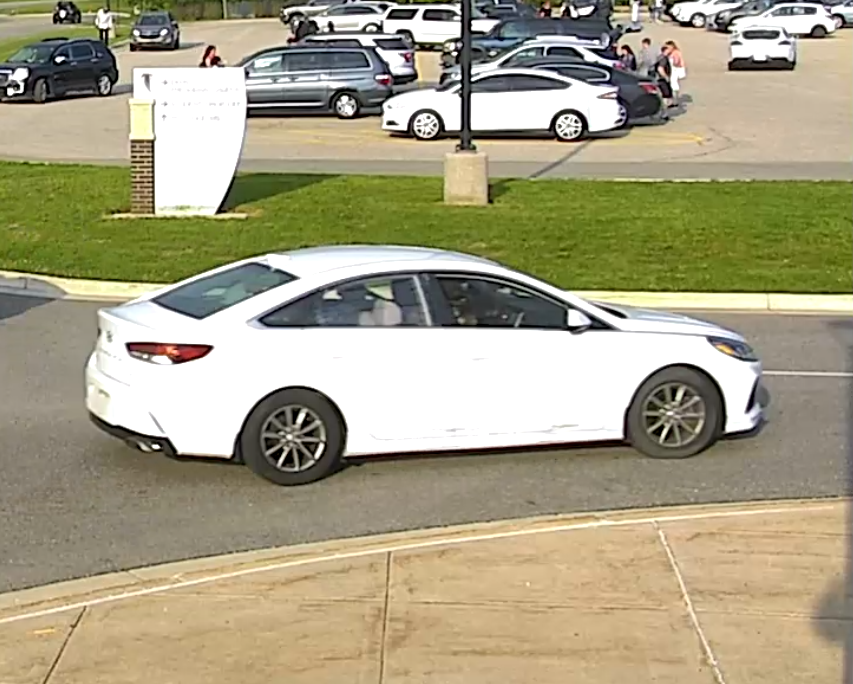 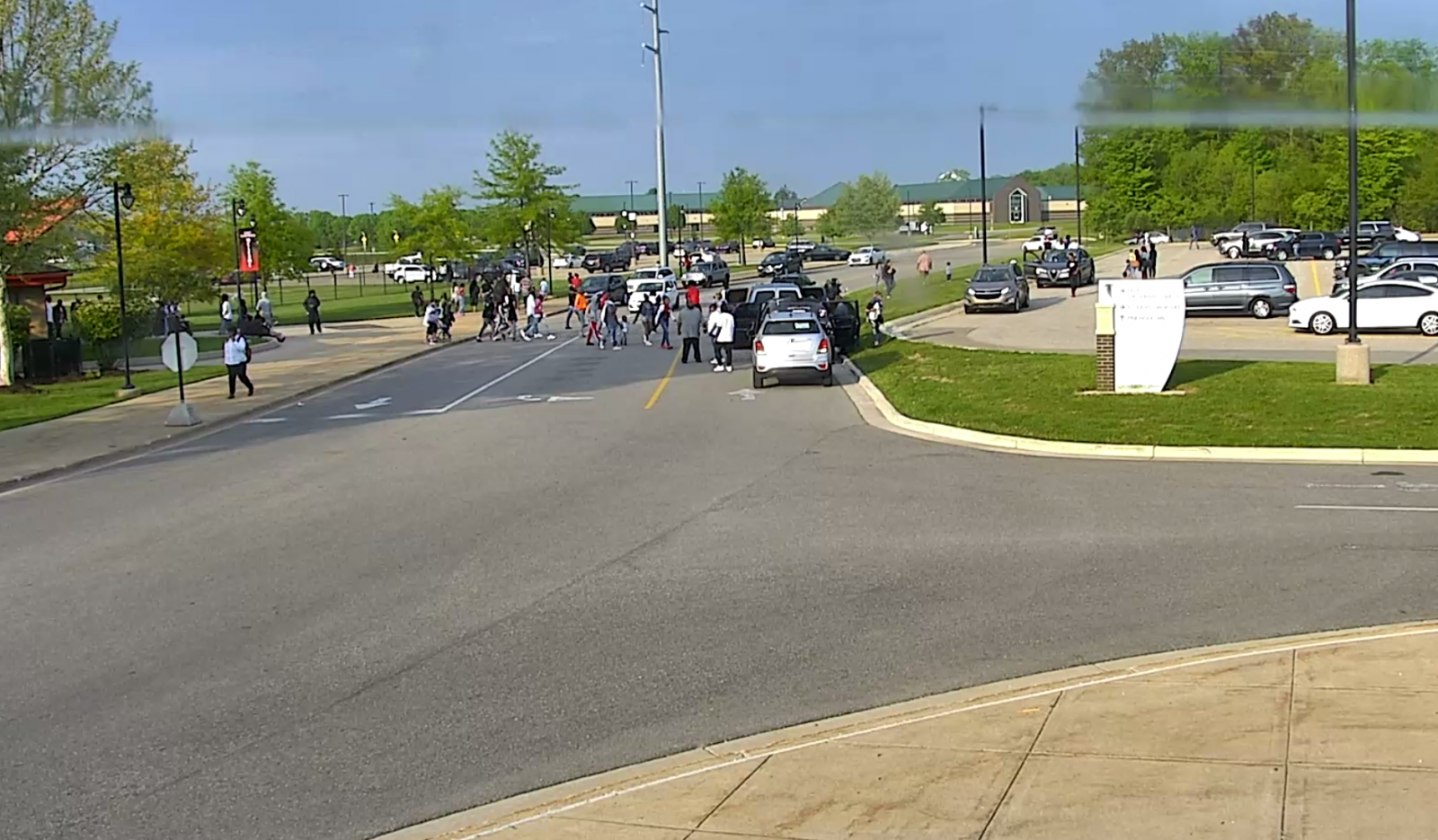 GAINES TOWNSHIP, Mich:  On Thursday May 19th at 7:20pm the KCSO received multiple calls of gunshots being fired at the East Kentwood High School campus.  Two Kent County Deputies were working security at the Crossroads Alternative High School graduation. Deputies were inside the East Kentwood football stadium and also heard shots coming from outside the stadium.  By the time deputies got to the parking lot on foot, the suspect vehicles had fled.  At this time, it is believed there are more than two individuals that shot firearms.  Initial reports indicate that two white sedans with multiple people immediately fled the scene at a high rate of speed.

The KCSO has created an online link for those with information to securely submit video or photos of the incident:   https://KentCountySO.evidence.com/axon/citizen/public/eastkentwoodhighschoolshooting

KCSO anticipates providing an update tomorrow and will be available to provide more information.  If a significant update occurs overnight, we will update the public.