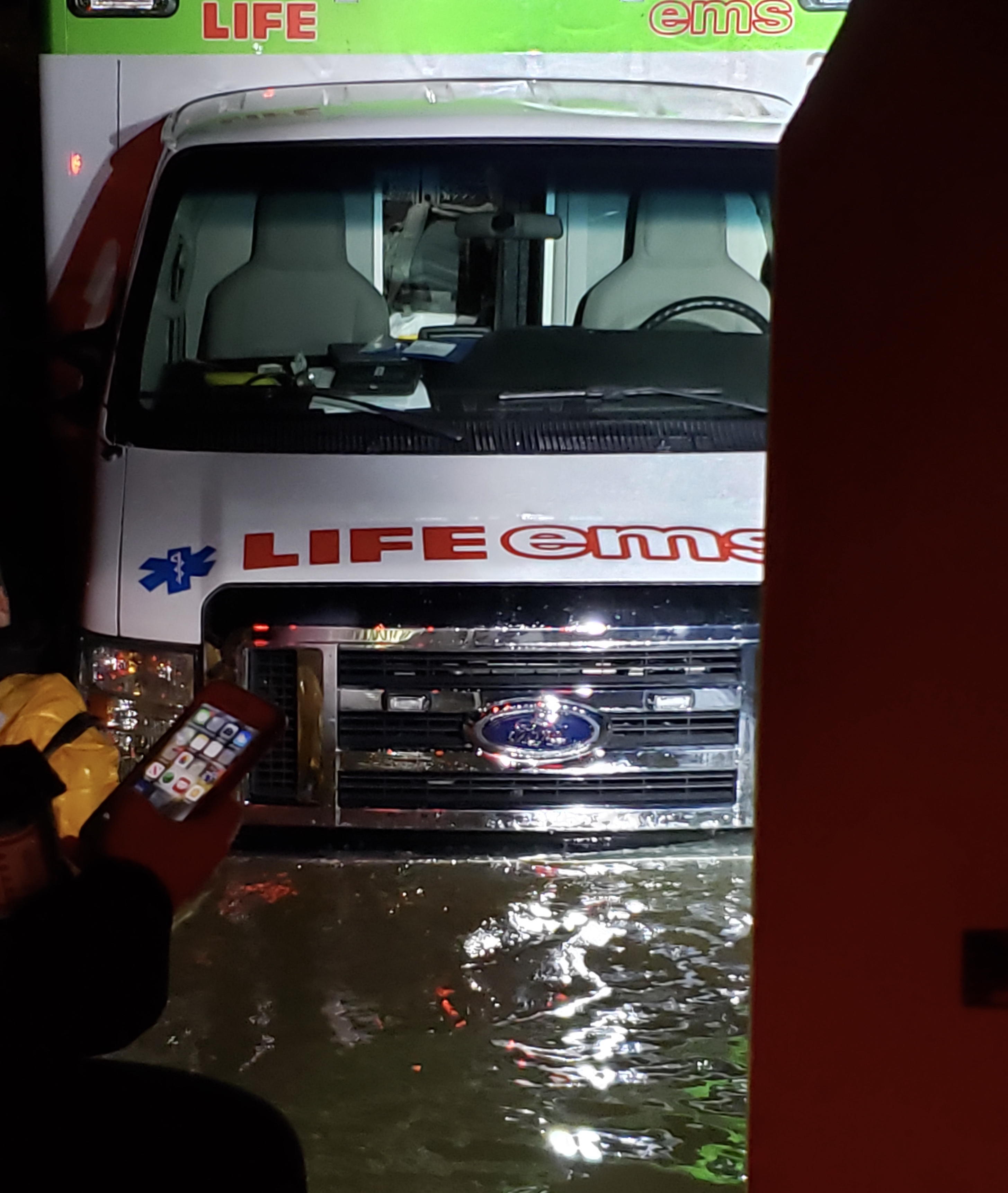 Use of MRAP to Transport Ambulance and Fire Personnel to Medical

PLAINFIELD Township, Kent County - A member of the Kent County Sheriff’s Office Tactical Apprehension and Confrontation Team (TACT) utilized one of our department’s Mine-Resistant Ambush Protected (MRAP) tactical vehicles to transport ambulance and fire personnel to an emergency medical at a residence.

On 01/16/2020 at approximately 11:41 p.m., our Communications Center received a call that a 74-year-old was having difficulty breathing. Life EMS Ambulance and Plainfield Fire Department were dispatched to the patient’s residence. At approximately 12:05 a.m., Life EMS advised KCSO Dispatchers that they were unable to make it to the patient’s residence due to roadway flooding from the Grand River. The ambulance, with personnel inside, was stranded in approximately two feet of water on Willow Dr NE. Plainfield Fire also reported that they were unable to drive their vehicle down the flooded roadway.

One of our Road Patrol Supervisors, who is also a member of our TAC Team, was in our Communications Center at the time and overheard the issue involving the flooded roadway. Coordinating with Dispatchers, the Supervisor drove our department’s MRAP to the scene and transported personnel from Plainfield Fire and a second Life EMS ambulance to the patient’s residence. The MRAP arrived at the patient’s residence at approximately 12:28 a.m. The patient was successfully removed from the residence and delivered to the awaiting ambulance at approximately 12:42 a.m.

While the patient was being brought to the hospital, the Road Patrol Supervisor returned to the first ambulance which was still stranded in the roadway. The Supervisor, along with fire personnel who wearing wet suits, were able to hook chains from the MRAP to the ambulance and drag it to dry ground with the crew still inside.

We are thankful that the patient was able to get the emergency care that was necessary and that we were able to utilize our tools and resources to assist. However, this is an opportunity to emphasize several important points.

Earlier this week, Kent County Emergency Management advised those who reside in flood-prone areas to make a plan to temporarily relocate before levels rise to the point of impassable roads and isolation. We want to remind everyone that water is dangerous, especially any water with flow and that access to isolated residences from public safety may be slowed or limited.

Additionally, this incident highlights the effectiveness and benefit of having access to particular tools, equipment, and vehicles during critical incidents, including medical emergencies. The Road Patrol Supervisor was able to utilize the MRAP to transport ambulance and fire personnel safely to the patient, who would may have otherwise not received proper emergency medical care.