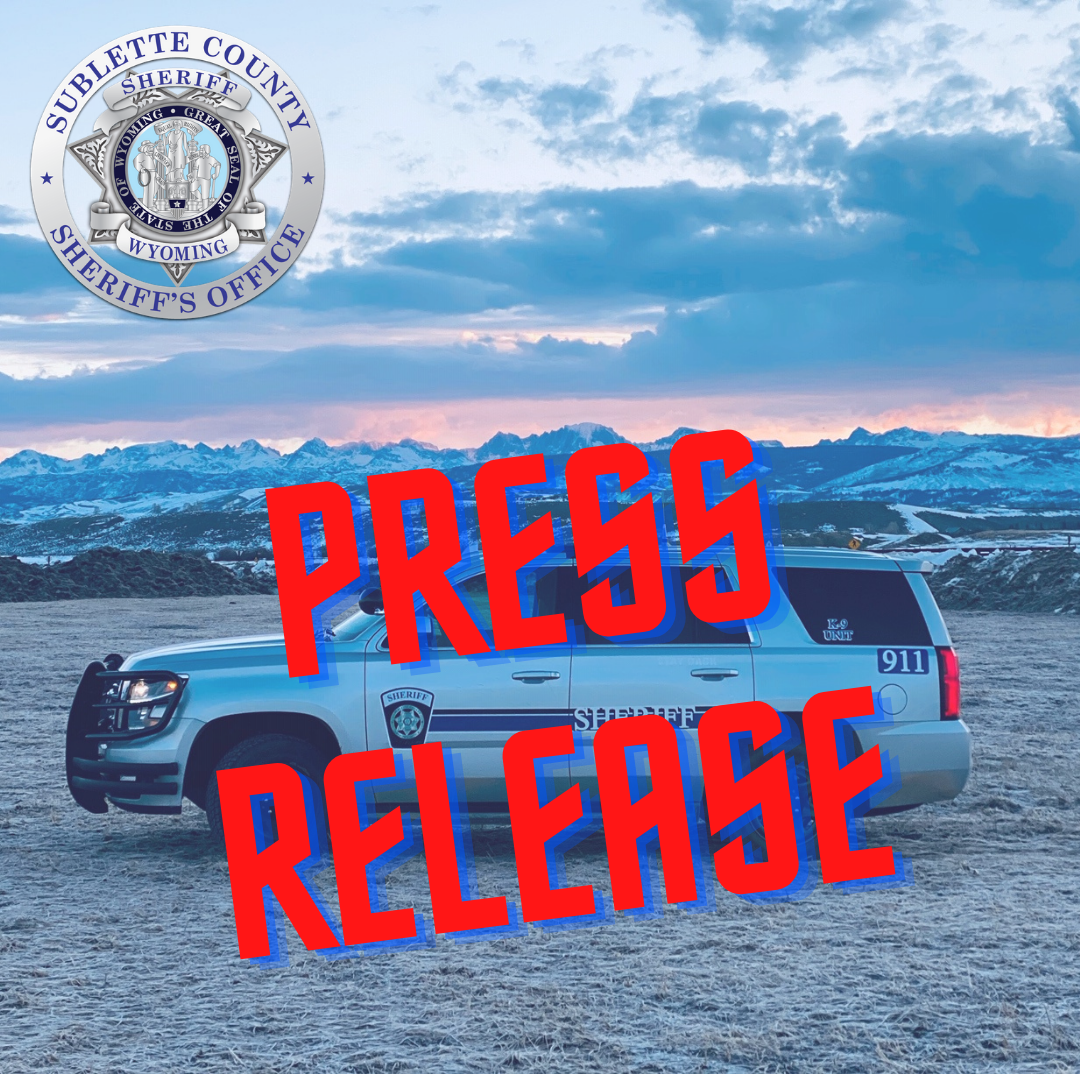 On Dec 27th, at approximately 10pm a call came into Sublette County Dispatch of a truck in the Green River near Reardon Draw which is just South of Big Piney. SCSO Deputies, EMS, and Sublette County Unified Fire immediately responded. With reports of the vehicle partially submerged in the icy water with the driver still in it, TipTop Search and Rescue (TTSAR) members were paged to respond, as well. TipTop volunteers certified and trained in both Ice rescue and Swiftwater rescue responded with their gear. Prior to the arrival of the Swiftwater team, SCSO Deputies and Sublette County Unified Fire safely assisted the driver out of the vehicle utilizing a ladder which extended from the ice built up next to the bank to the bed of the truck. TTSAR members were then tasked with the rescue of two dogs still in the cab. After several attempts TTSAR members were able to bring both dogs to safety without harm. TTSAR members then focused their attention on the removal of the truck. It took several attempts to attach a winch to the frame which was completely under water and ultimately a second tow truck was called to the scene to help pull the truck out of the river. Working in zero-degree temperatures with ice and moving water is not something TTSAR does often, but due to their training and team work the dedicated volunteers of TTSAR were able to accomplish the mission safely on Christmas weekend. The driver was taken to the Pinedale Medical Clinic to be evaluated.